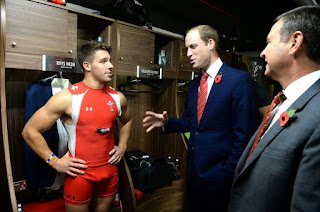 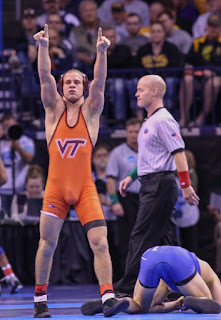 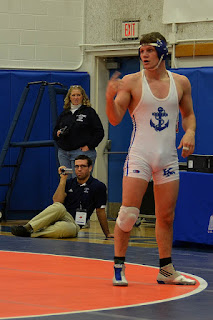 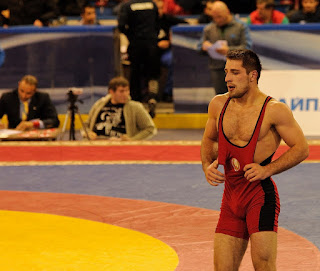 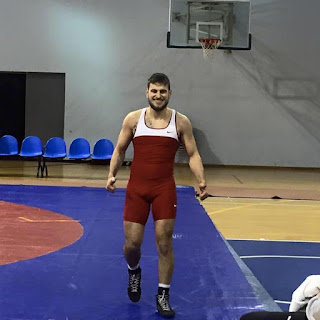 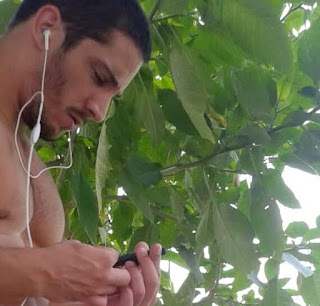 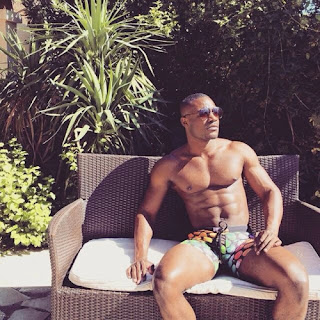 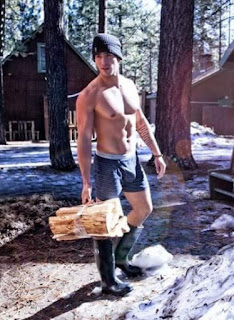 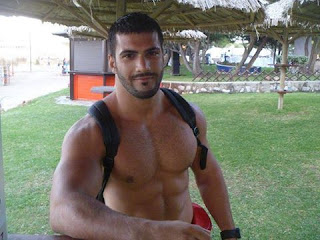 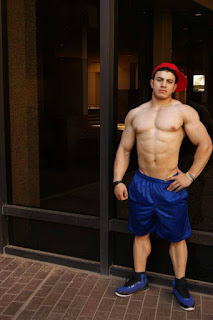 I started back to a fitness kick last week on Tuesday, yoga on T. TH mornings then swim laps. Spinning M,W,F morning and swim.  in the afternoon I was at the gym but only 3 days, I skipped Fri. I did chest Tues, legs Wed, and Back Thurs and swam laps before hand as a warm up. needless to say after spin class and swimming Friday morning last week i was sleeping like a baby all weekend ha.
this week I plan for same, today instead of an afternoon workout I just swam laps a second time. I went in to the office to things sort of prepped for class starting tomorrow, but I'll go in early still and keep getting ready ha. with class starting though, I'll be back to a regular sort of schedule that's easier for me to work with in getting to exercise. I'm sorta the kind of person who when I don't have anything that I have to do, I don't do anything. ha  I seem to thrive off of having a lot of things to do and then I'm more apt to schedule and get 'em done! alas........
I'm getting more creative with my chicken tender dinners that I cook up every Monday for the rest of the week. this week for a 2nd time, I marinated them all in a bag all day with a bunch of fennel  and its roots that I pulled out of the yard, molasses, brown sugar, olive oil, bit of water. just cooked 'em up and enjoying them now. I plan to relax and watch the road show tonight and get things picked up and stuff prepared to wear tomorrow back to class.
also today I bought a small bag of cat food, there is a black kitten that's been living under the shed in the back yard. I kept thinking it ran away and then I'd see it again run under there.  It's pretty skittish no matter how much coaxing I do.  so instead of cutting up lunch meat and taking out there, I decided to get some cat food and we'll see how it goes, so far it only lets me within about 10 feet. 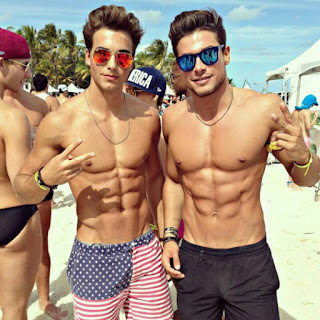 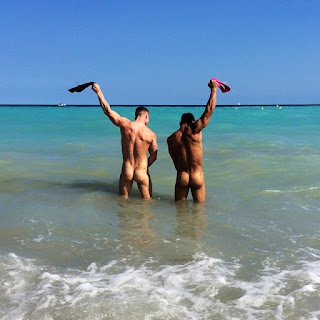 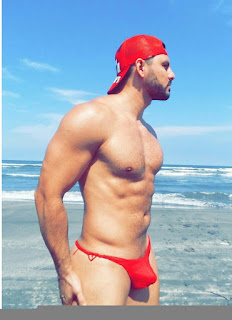 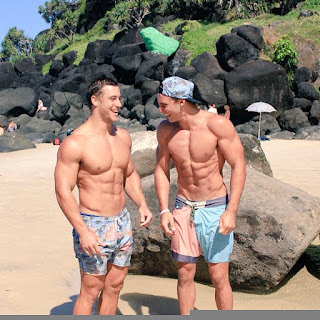 well, I had a pretty good long weekend last weekend. I was pretty busy on Friday picking up flowers and then having some lunch at home when I got a call from my sister at the church where her daughter was getting married in the next town over. They had everything set up and said I could come and start on the flowers. I had purchased baby's breath from Sam's on Tuesday and then Thursday night I cut a bunch of silver crown artemsia from my own yard, some 6 foot high allium/onion flowers, and pink larkspur. I also drove up to Edmond to the home of a couple in my garden club. They said I could come over and cut hydrangeas, so I got a bunch of white ones and pink ones. also pink yarrow and nigella. while driving back and forth, I took a few back roads and collected some wild white yarrow.  Friday morning I went to the Buy for Less grocery store and picked up 4 more bunches of baby's breath I'd already ordered there (note: Sam's had them 4.99 compared to 16.99 at grocery store, now I know), and next to Whole Foods for silver dollar eucalyptus and hydrangea and a big bunch of white gladiola's.
Basically my niece had planned everything to be mason jars and country type lace and stuff and all she told me was baby's breath in all the jars, but I knew I could do better than that.  good thin my sis called because my plan was to sort of show up at 2 and we could all get out by 4. well since it was my first time decorating for 12 tables, 2 serving tables and 2 large vases for the stage, it took me way over 2 hours. ha.. I got there a bit before 1:30 and left at 5:30 with my sisters coming into the back kitchen to watch or my nieces oooh ing and awe inn while I told them to carry this or that one out to the fellowship hall. (My niece's 2nd wedding, she and the groom both have one kid and planned a small intimate wedding Sat am with just siblings, parents and g parents, and then the whole family and friends at 1:30 to 3:30 for a big reception) 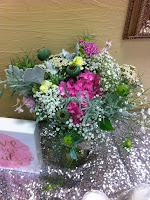 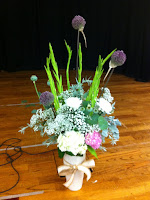 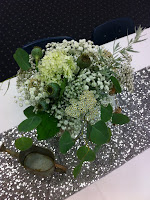 Anyway, I got out of there Friday in time to make it to dinner with buddy S, his bf B, and then friends from AR another couple Jn and Jy.  B was grilling out on the back porch and we all hung out and chit chatted and caught up ready for a busy summer etc...  Saturday I worked in the yard and drove over to the Paseo Arts Festival to get an early pick on this one booth that sales iron yard ornaments. I go the topiary that I wanted, bought it, and brought it directly home... and then made it up to the reception and spent time talking to family and then eventually going back to the kitchen to help clean up all the dishes and get stuff ready for people to take home ( the deserts were all brought by aunts and parents and g parents etc..). I left around 4:30 ish and made it home in time to get ready for dinner with the guys, drove over to S's plac and then the 5 of us went out to dinner, we met friends Ja and Dl downtown. first trying Iguana Grill but it was closed for Mem wknd. instead we went to another Mexican style restaurant downtown that was just okay we all decided.
Sunday after church I again went over to S's and the 5 of us loaded up and went to the Paseo Arts festival.. basically just walking around, this time I could see all the booths and "art" and such.  I really liked a glass artist's stuff and ended up getting a little vase instead of a fish that was too expensive for knick knacky stuff like that for the house. 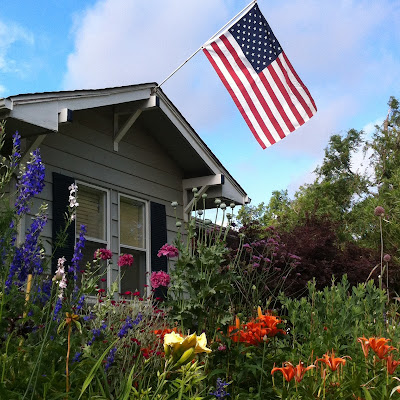 overall was a great social weekend.  I did a lot of self reflection after the weekend about what am I talking about and whether I'm listening to people. Also whether I'm interested in what they have to say or whether they are interested in what I have to say.  something about being an extrovert living alone and spending time alone, I have to really control when i get out in social situations because pretty much I'll just keep talking and reporting about everything and anything I've either been doing or thinking or observing blah blah.  What made me think of this was at dinner Saturday night, I was sitting there listening to some conversation thinking, I have nothing to add to this conversation and I zero relate to what they're saying, a sort of that's not me or how I live type of feeling. So I have to work on like finding common things to talk about I guess.  not like I see those people very much anyway, really it's S and his bf that I like chilling with the most. S and I have been hanging around together for many years now and I love him to pieces. It's also really awesome seeing him like a married couple with his bf and so happy. he really deserves it because you'll never meet a nicer kinder guy. anyway, another thing that made me think of it was how I was sitting in the front seat of Jn's big truch while Jy was driving and Jy is pretty much an introvert, and I have to learn to give introverts space and quiet. I didn't talk too much to Jy on the way home but I though later I could have done better at talking less.  Introverts need their quiet down time. we reenergize oppositely from what I understand, anyway blah blah blah. again, a great weekend and a good kickoff to SUMMER. bring it on! :)