I saw a movie last night showing this weekend at the OKC museum of art called "beautiful losers". a documentary about all these skater artist dudes who suddenly became BIG in the mainstream. I've included some videos here by Mike Mills 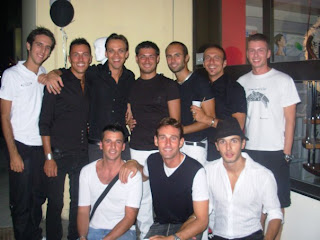 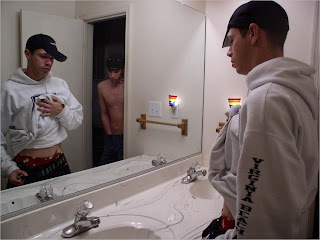 the first pic is a bunch of italian guys from facebook, the last pic brought justin in chicago to mind( just cause they look so FLY you stud). it sort of makes you wonder what converation is taking place etc....
2 comments:

getting some nice gym results the past 2 weeks.... keeping it steady. I"ve been drinking water only ever since I complemented this hot male dancer the weekend before New year's who told me he drank only water. well I do have a small chocolate milk with the school cafeteria lunches when I sub, but otherwise water only, which means no more coke (in Oklahoma we tend to say "coke" like the way you might say soda or pop). It's actually been rather refreshing, I have been stocking up on apples and bananas every visit to the grocery store and have cut out all my usual chocolate extra snacks. Although to be honest, I have yet to give up putting chocolate chips in my peanut butter and jelly sandwiches...curses!
we got up to 76 today in OKC and I didn't get called in to sub so I had an excellent day, I got outside and cut back some shrubs, bagged up all this trash and boxes on my back deck, and finally moved my ex roomies lazyboy into his suburban parked out back. long story.dont ask!
I've decided that I must learn how to act and react towards people that come into my life this year, because my life on the fence is ridiculous and I have to come down and play on one side or the other and try to get something real going. yes yes I know, go figure.
oh yeah one week and half countdown until my trip to AUSTIN next week. getting very excited for that.
2 comments: 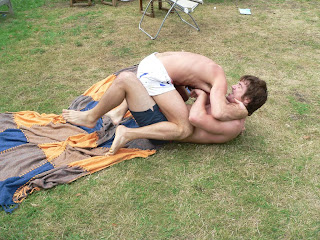 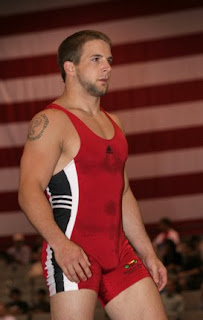 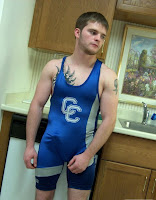 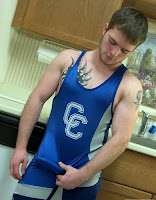 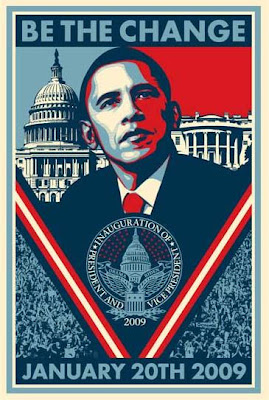 I saw a pretty cool movie Friday night, "Happy-go-lucky". It was showing at the Oklahoma City Museum of Art. yup, that's right, I'm back in okc and getting out and finding things to do. ha. other than I went by myself. but, after sitting down, an ex-coworker came and sat down right by me, she had seen me come in and changed seats. This was the girl I went out with a few times a few years ago and then cut it off before she felt like I was leading her on or anything, just friends deal now although she's always saying let's get together and do this or that. so we enjoyed the film.
The film was about this British elem school teacher who is always in an awesome happy mood, and then through out the movie we see her actually having to get serious a few times and that she is actually smart and competent, as she deals with her students, friends, family, and driving school instructor. She's a really really cute character. super hot TALL guy in the movie at one point as a love interest.
I was thinking of how I have always been a huge romantic, and sort of my whole life always had that expectation of a girl falling head over hills for me, and us falling in love and etc etc. for some reason even in college when I never thought I'd be some gay guy, I fully planned to get married and have kids and maybe a little extra curricular guy fun on the side. which sounds so demented now but I just never saw the gay life as an option, just some extra male bonding now and then on the side, even now I'm into jo and oral and get no blood flow to my brother when considering intercourse with men. Anyway, all this to say that I was driving home from the movie trying to imagine falling in love with a guy and if it were possible. the whole alpha male thing, and who's giving into who and willing to give and take and all that, I mean emotionally, and how would I ever get over that competition thing that guys automatically have, sizing each other up and distinguishing who is a threat or not. I think there's a part of that in every guy.
and then I started thinking about man crushes I had in college, or obsessions I had over certain guys then or even now (this one coach I worked with at my last job is a favorite fallback character when in need of a fantasy.. but I digress), so anyway, I'm wondering what the difference is in a fascination and lust for a dude and then actually being in love with a dude.
THe whole guy/guy dynamic without being a gay thing is so beautiful, jsut that good ole non sex brotherly love manly bonding with guys. and then carrying that over into sex also maybe is what I'm thinking. the thing is I have this view of the sexes being completely different in every way, so there HAS to be some sort of different dynamic to the male male relationship compared to male/female. and I suppose I've read and seen and lived with so many beautiful loving male/female relationships that I still have a hankering for "where's mine" or "when's it my turn". in college I used to get looks from girls and easily find dates, but I"d always end it if they thought it was only going to get more serious when I was ready to get out as soon as they even began to think we were an ITEM.
what I've deciced overall this year, is to continue seeking God's will above all for my life this year, therefore if I can do so and feel completely in tune with HIM and at the same time a guy comes into my path to fall in love so be it. but I'm not exactly pursuing that fall in love with a guy just now, just taking it step by step we'll see what I can get going differently this time around in OKC.

by the way, I've been listening over and over to this song I found online and downloaded after school Friday, competely fun and awesome tune. I would link a youtuve clip but they are live performances or lame amateur videos. Do yourself a favor and just download the .99 single on itunes right now. "The Re-Arranger" by Mates of State.
3 comments: 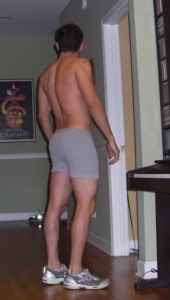 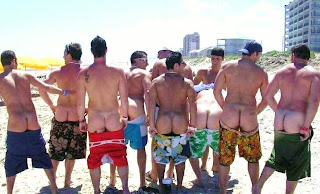 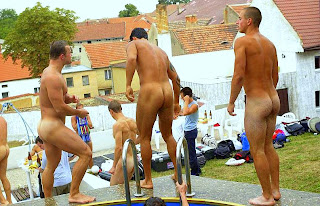