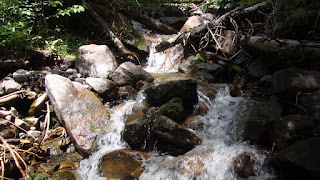 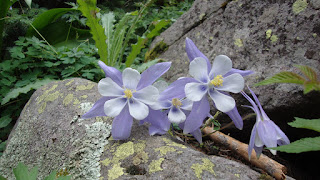 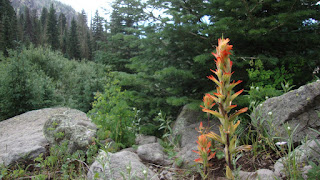 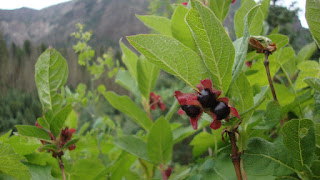 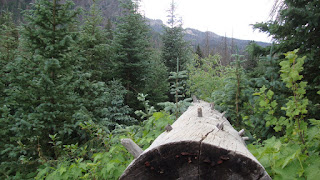 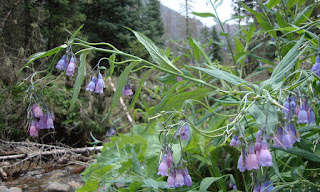 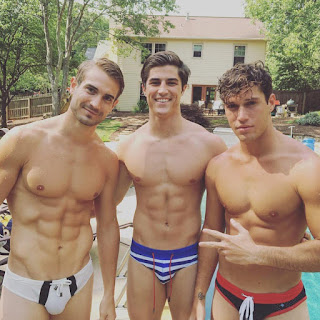 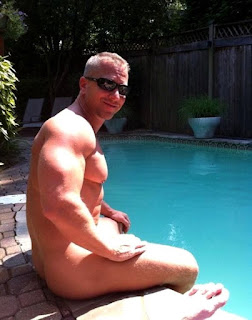 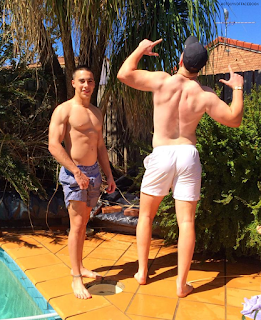 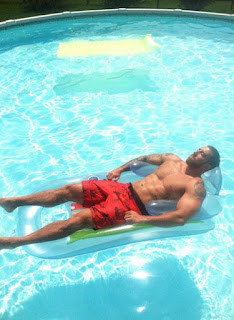 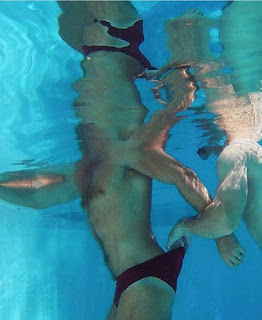 Hello from Pagosa Springs! beautiful town and beautiful time of year to be here!
I had quite a week getting ready for this trip. Monday work, then Tuesday meeting and work in Admissions. I left a couple hours early at 4:30pm so I could get home and prepare some things. I had moved some pots all together on the north side of the house and then walked over to the neighbors caddy corner to me and gave them an envelope with 20 inside and a list saying there are 15 pots on the north side. 4 in front by the porch, 2 by the carport to water daily with the hose near them. The kid and the dad walked back over with me so I could point everything out. this is the 4th year I've had the kid or whoever do this for me. ha! next I walked next door with a tupperware thing full of 13 lunch bags with 1/2 cup of cat food in them and asked them if they'd feed the cat that's been hanging around.  a bag each day at dusk and dawn beginning Wednesday night. got all my clothes packed after that and everything ready, had sprinklers running outside on the yard to get a good watering before I left.
It was nice to be up Wednesday morning and getting final things prepared, loaded into my truck etc and ready to get to work. I had class Wednesday morning. They were turning in a 3rd essay and I'd planned to tell them they could have until Monday to turn it in.  About half were pleased and the other half made a few changes after we did a final partner review and then went ahead and turned them in anyway (I offered 5 points for anyone who had it ready by the end of class to turn in as a reward to those who'd worked hard getting it done by original due date.)
we got out of class early at 1pm  and I was all ready to get in the truck and head out like I planned but I had forgotten to print a few maps off the computer of Santa Fe and where I was going etc. so I did that and got headed out by 1:15pm. woot woot. drove drove drove all day to Amarillo, stopped at exit 67 to fill back up on gas and go by taco bell. then back on the road and on my way to Santa Fe!  I listened to a few CD's I'd packed along the way: A couple John Crawford sermons that my sister sent me back when i was overseas in Kabbul in 2009, OK Computer by Radiohead, a They Might Be Giants cd,  soundtrack to Wicked, and soundtrack to A Room with a View, a few mix CDs of alt bands that a friend in California sends out every year at Christmas, Stornoway, Kings of Convenience, and then some radio here and there.
I got into town by 830pm or so and made it to the International Hostel at 1412 Cerillos where I'd booked a room for the night. went to get milk for breakfast and texted my family who arrived about 5 hours before me at different hotels (my folks went up TUesday night and my sisters and husbands went up Wed morning.).
Thursday morning I had my own breakfast of oatmeal and cereal at the hostel and then after my bro in laws and dad left to gold, my mom and sisters came and picked me up to run around the plaza all morning which we did. after we had lunch at the Shed, it was time to go and pick up the guys and take me back to my pickup.
they left for Pagosa Sprngs but I went to the Botanical Garden on Museum hill first and then I went to this really knock out garden nursery on Agua Frias called Agua Fria Nursery. Really a stand out pace with a huge selection and variety of so many plants!! yes, I got a few things to take home with me.
made my way out of town north on 84 which is one of the most scenic drives I've ever experienced. so gorgeous, the land the sky the clouds, sun, rains far off, etc etc. sigh  got into town and went to a grocery store first, then back to 84 here to this cabin we're all staying in this weekend. This morning we all had breakfast together and I made scones fro everyone.  we all went to lunch in town together and then I walked around some shops with my sisters while everyone else came back to relax. the mountain altitude has us all feeling pretty lazy which is fine. ha my little sister arrived with her husband before dinner and we all had a good dinner and played cards and talked it up til about 930 and then everyone wanted to crash! (we're all on OK time after all. ha)>
enjoy a good weekend and looking forward to some good hikes and sight seeing tomorrow. :)
No comments: 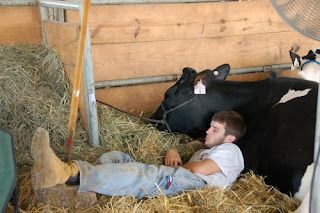 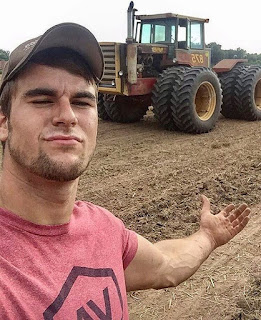 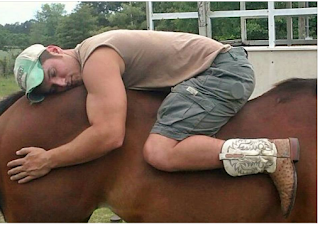 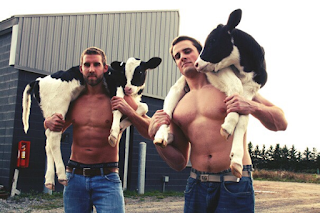 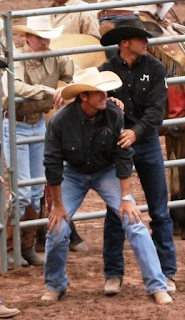 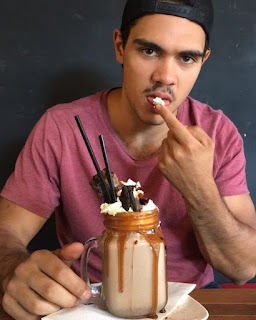 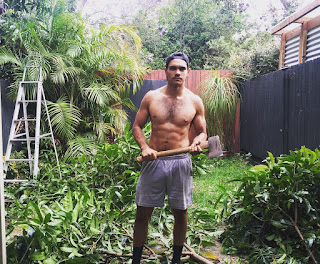 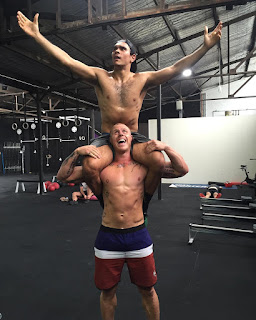 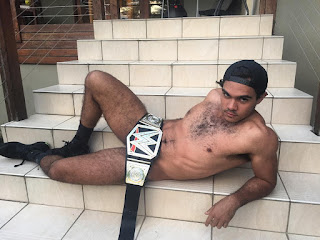 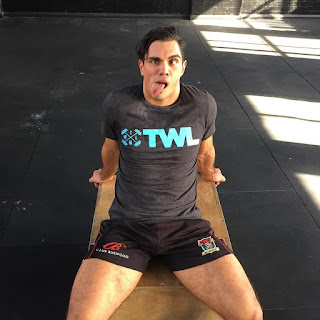 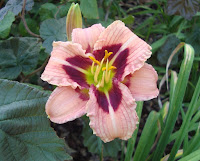 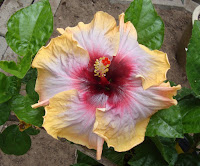 I woke up Friday morning feeling too hot while laying in bed.  the ac was running so I got up and put foot above the vent on the floor across from the foot of my bed. I felt air flowing but not cold air. I walked outside of my bedroom into the hallway to check the thermostat. it said 77 although it was set to 75.. also some louder noise than usual was coming from outside where the unit sits on the south side of the house.  I went ahead and turned the whole system off and as I walked back into my bedroom I pulled on the ceiling fan cord to put it a notch faster to medium setting. went back to sleep...sigh.
I got up a few hours later and thought, well maybe that freeze over thing happened and if it was turned off for a few hours maybe it un froze? what do I know?... so I turned the AC back on and no cold air, although I did hear a sort of hissing noise from the unit outside. which later I found out was the compressor releasing heat since the fan motor was no longer working... Yes! I got it fixed same day; I called the same guys that were here in November and they came over by 10 am, found the problem, the fan motor needed to be replaced, and they fixed it. $446 dollars. whew! Ugh.. but I had money in savings, so after writing the check, I came inside and transferred the cost from there into my checking and done!
Last week was overall great! taught Monday and then went over to friends Geoff and David's house with buddy S and his hubby B and their kid D.  we met a new married couple younger guy and girl that Geoff worked with and then David friend Angela was there from Tulsa. They'd invited us over for dinner and then to play cards. Nerts!  we ate and played til about ten. lots of fun. Tuesday was a good lazy day 4th. I made it over to my sister's place by 12:30 for a lunch cookout with her family and my folks and my brother's family and my other older sister's family.  by 3 or so I drove over to S and B's place and hung out a bit in their pool and then we went out to dinner at a Mexican place, I think... hmm. well anyway, back to work Wed, and then Thursday and Friday OFF! woot woot.
I got a lot of stuff done around the house and outside the house. Friday night I had dinner with my vet. Dr. friend A at IHOP and we caught up on our summers. She is going to swing by on Tuesday to give me some flea medication for this cat that started living outside near my shed that I've been feeding etc.  she also said she was at Crossfit last week and plans to go back. I'm considering going with her and maybe giving it a try this fall. She said it was super tough and about killed her. ha and she was the older one there. but alas, I want to try something different. just going to the gym and working out all the time is getting monotonous these last 4 years.
Saturday morning I made scones t take to my neighbors caddy corner across the street and then the ones next door.  the ones next door I'm asking to feed the cat while out of town next weekend. and the other neighbors, I need their kid to water some pots outside while i'm gone. ha  went over to my other sister's place Saturday afternoon to swim in her pool a bit and see the new table my brother and dad brought over for her. we all hung out , her family, my brother wife and kid and g kid and my folks. then around 5pm I left to go over to S and B's for a cookout on their back porch, yummy chicken and pasta.
today i'm rating 100 student writing artifacts, part of a measurement the college does on if they are getting college level writing skills or not, I guess. so far they are mostly okay. it pays good so I don't mind going through them today while I stay inside and keep cool.  I watched season one of Pulling on Youtube yesterday. it's a bawdy British comedy, has anyone seen it?  I may watch 2nd season tonight after church, and if I have all the papers done. I'm excited fo r this week because I'm leaving for Santa Fe after class Wednesday at 1pm.  It should be an 8 hour drive which means I'll hopefully get there by 8pm Santa Fe time.  My folks are going up to Santa Fe Tuesday night, and my two older sisters and their husbands are coming up Wednesday night also.  We all planned to hang out in Santa Fe for the morning before driving up to Pagosa Springs by 4pm to check into a cabin we've rented for the weekend. my little sister and husband will join us there Fri/Sat/ and Sun night. although I'm leaving early Sunday morning instead of Monday so I can drive ALL DAY SUNDAY ugh I'm already dreading it, for class on Monday morning. blah blah.
But I am looking forward to packing things for the trip, and the cooler nights and weather there, and the time off in general, and all the life questions thinking I can do while driving up. that reminds me I need to get some CD's ready.  Only a few weeks left of teaching and then end of July is the end of my summer class. then about 2 weeks of NOTHING, yay! before next fall semester work week begins 3rd week of August alas.  hope every one is enjoying summer :)
D, that tie title was from an Almodover movie, ha!
2 comments: