Hello from Portland.  What a great time of year to be here as its the bursting forth of spring, the trees are all just turning green and the spring flowering trees are in full force. flowering fruit trees and magnolias and some sort of rose tree I've seen all over town. I forget how much I love the way Portland is like driving through a never ending neighborhood of houses. such a great old city. 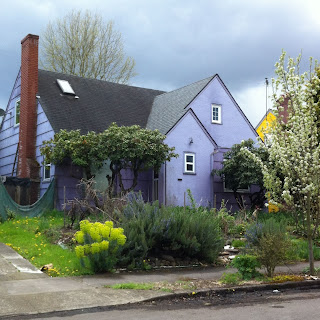 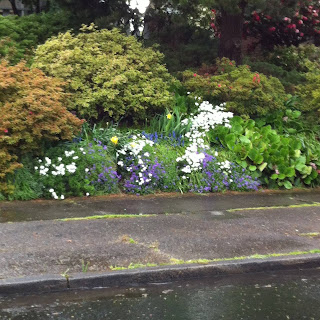 well after dinner I was BEAT!! I came back to my place after stopping off for some cereal and milk for breakfast (and some bananas) and man, my shoulders from carrying bags around the airport, and since the time zone was later, I was in a hot bathtub after taking an aleve by 8 pm and I think in bed and falling asleep by 830. ha.. zonked!  woke up at 330am and thought I'd blog all this, and then maybe I can get back to sleep a bit before getting up.
My plan s to get up by 7 am and get some breakfast and then get out. The plant sale is at 10am but I plan to get there before 9 to get in line, (supposedly there is a line to get in to get a better selection etc. I dunno. but I'll find out.) so I'm looking forward to a wonderful morning. I plan to be done by lunch time and then will meet up with a high school buddy W this afternoon and play it be ear.
have a great Easter weekend ALL!
1 comment: 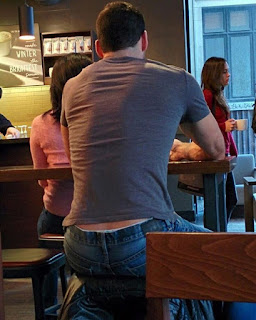 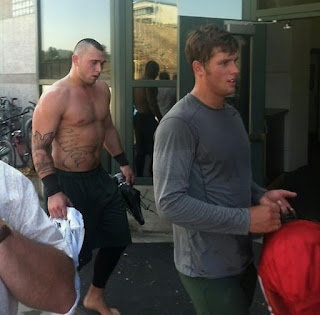 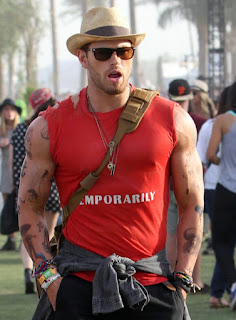 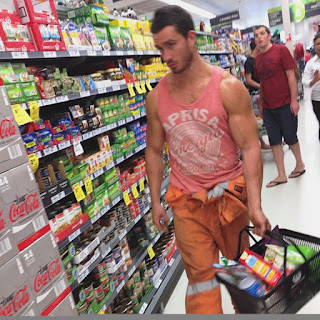 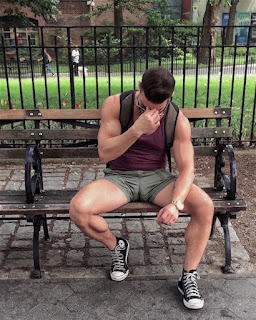 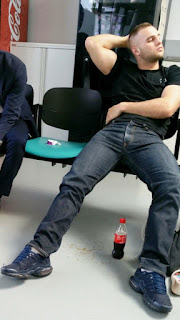