Saturday! good weekend to you, I finished up at work yesterday by 2 and came home and and relaxed killing time online a bit and sitting back. I went up to the gym to swim laps and then back home to change for dinner. I met J and S at Belle Isle Brewery and after we ate went to the Oscar nominated live action short films showing downtown at the art museum with S. They were some pretty good choices. One British film about a Psychologist who visits a guy in prison who claims to be God and all the other prisoners begin worshiping, It was original and really made ya think, clever. A Danish film about a kid slowly dying in a hospital which was a bit too long and slow, although yes well done, and I like the dark haired black full bearded guy in that film. (Isn't everyone in a Danish film always good looking?!) An French short film about an abused wife attempting to leave her husband is the one that gets my vote, so well screened and directed, had my heart thumping here and there in real time to the what was going on in the film. Another short film was Spanish but took place in Africa, about warlords with child soldiers and rescue workers who get caught up and taken in etc... I didn't' watch all of this film because of the violence I was looking away at the ceiling or counting tiles on the wall, and I was thinking how I don't like how they make these violent AFrican films, either the warlords or the pirating of ships.  However I decided overall that we are country that needs reminding and we need these situations thrown in our face, so that we don't just ignore, but that we are aware of whats going on elsewhere in the world.  The last film was one I'd seen before at the international short film festival. about a family running late to a wedding and how everything goes wrong. It was a funny comedy. I still vote the Oscar to the French film. 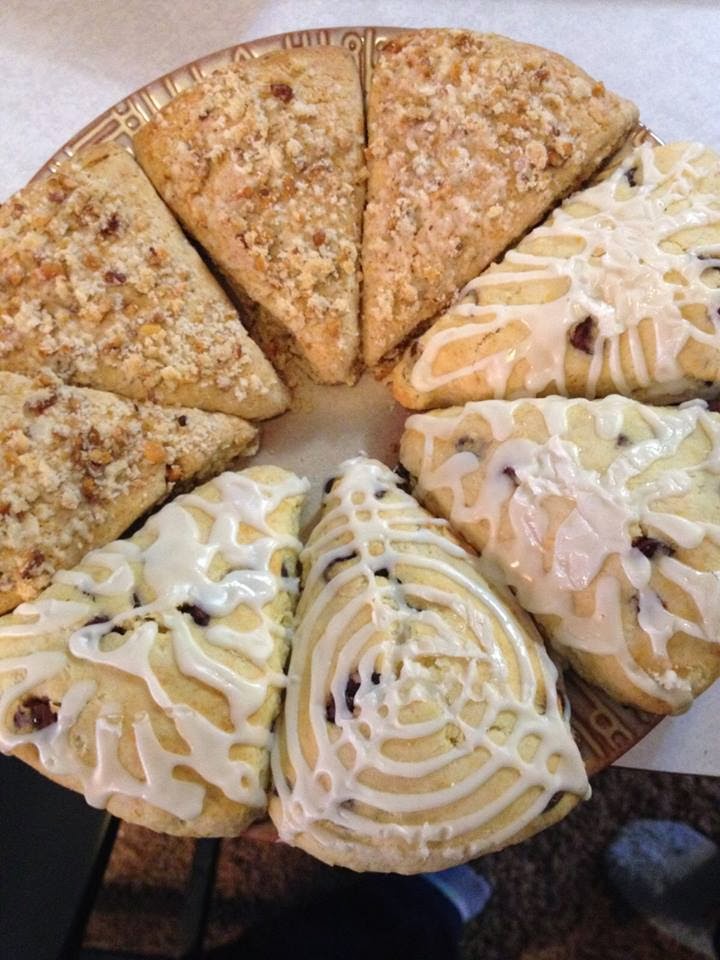 this morning I got up pretty early and made some scones to surprise my sisters with.  They were ooh-ing and awe-ing on facebook about the one I made last week for school.  So I thought i'd make some this weekend and drive over to their places in the morning. So I cooked 'em up, this time orange and chocolate chip, and another maple/walnut.  The maple/walnut ones were more scone like, a bit dryer than the yummy orange choco chip ones. put half of each on two plates and then wrapped each plate in blankets and towels to keep 'em warm, and drove over to each of my sisters's places.
Stayed at the second one's house for a couple house talking to my bro in law and nephew and a bit with my sis and her daughters.
On the way home I stopped off at Home Depot, always a great place to people watch. Today was a nice tall young guy in a winter hat and some athletic workout pants that were just tight enough in front in the right way. I bought 5 bags of mulch to spread outside. I've been trying to spend money on the yard little by little on the weekends so its not a huge sum come spring.
went and swam laps today before lunch and then my usual pizza lunch. now I'm about to get bundled up and get outside for some yardwork and then maybe come in and warm up a while with some papers to grade.
I'm going with S again tonight to see the Oscar nominated ANIMATED short films downtown. looking forward to it. Everybody stay inside and keep warm , enjoy the weekend!