good weekend to all, mine's over.

bear with me a moment all you jock stud readers, the english major in me has to post this.
I was reading a new yorker article about this poet in the 50s who moved from a small town to NYC and was gay etc etc etc, and they quoted this poem. I'd like to think its 18 yo boys or older he is referring to. basically the article mentioned how great it was to be gay in the 50's in NYC, and how Frank ohara grew up with only the movie house as a place to dream of a different life he was missing out on, not unlike his generation in any part of smalltown USA at that time.
it really got me thinking after reading this on the treadmill, (while i was doing abs and working out my chest )about all the comments I get about just move to a bigger city and be gay! ha
I don't know I'm pretty sure i missed the experience of being young and gay in some big city, I'm closer to 30 than 20 and I guess its hard to imagine anything different in a different city when I know my faith is going to lead me in my lifestyle more than being gay would. I dunno. but it's fun to dream. I mentioned to another blogger earlier that sometimes I imagine staying here another year and then using the money to move to austin and go back to school for architecture, landscape architecture, or design theory, or economics, you know just dreaming of what else could be. the cool thing is knowing God has a plan regardless where I end up. ha... well anyway, here's the poem....
Ave Maria

Mothers of America
let your kids go to the movies
get them out of the house so they won't
know what you're up to
it's true that fresh air is good for the body
but what about the soul
that grows in darkness, embossed by
silvery images
and when you grow old as grow old you
must
they won't hate you
they won't criticize you they won't know
they'll be in some glamorous
country
they first saw on a Saturday afternoon or
playing hookey
they may even be grateful to you
for their first sexual experience
which only cost you a quarter
and didn't upset the peaceful
home
they will know where candy bars come
from
and gratuitous bags of popcorn
as gratuitous as leaving the movie before
it's over
with a pleasant stranger whose apartment
is in the Heaven on
Earth Bldg
near the Williamsburg Bridge
oh mothers you will have made
the little
tykes
so happy because if nobody does pick
them up in the movies
they won't know the difference
and if somebody does it'll be
sheer gravy
and they'll have been truly entertained
either way
instead of hanging around the yard
or up in their room hating you
prematurely since you won't have done
anything horribly mean
yet
except keeping them from life's darker joys
it's unforgivable the latter
so don't blame me if you won't take this
advice
and the family breaks up
and your children grow old and blind in
front of a TV set
seeing
movies you wouldn't let them see when
they were young 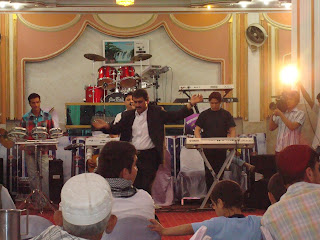 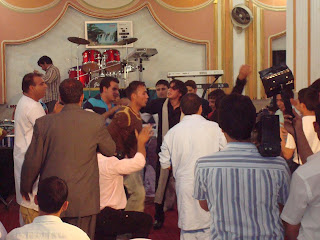 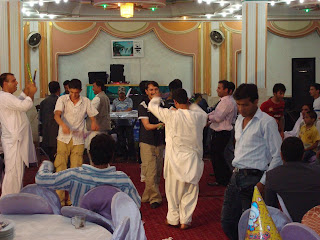 A student here invited me to a celebration where all the family and friends get together at a banquet hall on the account of his nephews were circumcised. the women were in a hall on one floor and all the men on the other. So I'm NOT at a gay bar but I find myself watching several men party it up and dance together all afternoon. many were sneaking away somewhere and drinking "whiskey" as they call it. So they got a lot more relaxed, and before I left a guy asked me if I'd like to visit his office that night.... pretty interesting. although I have to say you'd see this guy dancing around with his hands in the air flipping them back and forth etc...and then walk off the dance floor and get all butched up talking into a cell phone to somebody. ha. I will try to post a youtube clip if I can get the dang thing to load from here. they made me get up and dance with them at the end. ha ...I am going to include a few pics to give ya an idea.
1 comment:

anyone get outdoors and take it off this weekend? ha 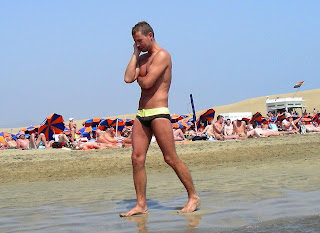 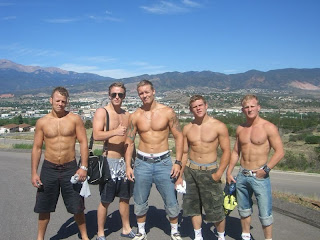 hope it was a good weekend for everyone, nothing different here other than the US post office on base was closed. someone let me know what you did for the long weekend and remind me of back in the states. i would have been in Austin this weekend no doubt trying to find some "fun".
There is this big solid euro guy, about 5'7 but huge like some Colt video guy with brown hair and a beard, anyway, every now and then he wears camo thermala boxer briefs to work out in. so funny, I guess it's no more revealing than the spandex all the euros wear. I have to say he looks pretty good with that and his sort of long white tanktop which stops in the middle of his butt and just above his crotch.
what a jerk showing it off like that! ha

I have changed my work out to a different body part 6 days a week. ( I was working 3 times a week every other day, back and shoulders, legs, arms and chest)
SO now I've changed it up like this; tri's,back,bi's,legs,shoulders, chest, day off.
If anyone has a suggestion on the order I'm doing this, I 'd like to hear it.
for examply should I move tri's and back further away, because I'm not sure if I use a little tri in some of the back workouts etc....
so far I've noticed I'm getting each one area worked out a LOT more and I hope to see better results. As soon as i can get to the other base with the US BX I am going to buy some supplements to take for a push. On this base everything is too expensive in euros.

week is going well, no more dram at work since the boss came out and told our team leader she was no longer team leader, but now we are all just on the same team with the mil guy in charge as program manager etc... so sweet. but I'm counting the DAYS, only 4 months to go now.
1 comment: