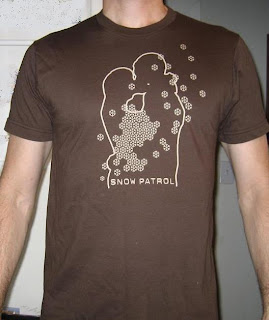 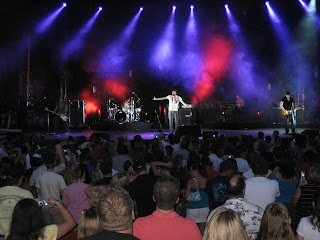 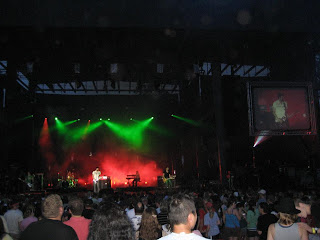 I had a great time at the concert last night, I took the Girl from work. We both really enjoyed the concert. we got to talk a lot before the show started. I think I'm keeping the whole thing pretty friendly, no kiss goodbye or anything, although I was pretty much in the mood to, but you know "why start something you can't finish" etc etc.

i was thinking today about the difference between kissing girls and guys, and how with a girl it can be a romantic moment, sweet, I don't know just seems more meaningful taking that little step, just to see how gentle she is or how gentle I'm supposed to be....etc. probably because the first times I was nervous, it progressed from truth or dare games to actually "going with" a girl. ha

And then I was thinking how with guys I consider it more an aggressive thing that only leads to physical, seeing as how both guys get all charged up, I also consider it more physical in that I've never considered the gentle thing, its mroe like just going for it, like grab the back of their neck and pull 'em in. prolly 'cause my first time with guys was after some drinking.

anyway I was thinking of those things today, and when considering this girl last night, I remember facing her and looking into her eyes, but then I think later I sort of just couldn't help comparing her to my ex gf. that's pretty lame 'cause it's been 3 years.

well back to the show........it was AWESOME, every song. switching back and forth from the new release to the past "final straw" album. LOVED each one. highlights were "run" jsut liek in Tulsa so good. and then "chocolate" and "eyes open" and ending with "finish line". also it was cool being outdoors with the two giant screens on each side. they had more keyboard going in this show with some different loud synth and bass sounds coming into play one a few songs different from the album, but all good. SNOW PATROL, go buy or download Final Straw NOW!

Glad to hear you had a good time at the concert.
I understand the kissing differences. After I started dating more guys (dating, not sex), the differences lessened. More intimate, less aggressive.
Like your blog.

I left you an e-mail.

Still haven't heard from my cousin